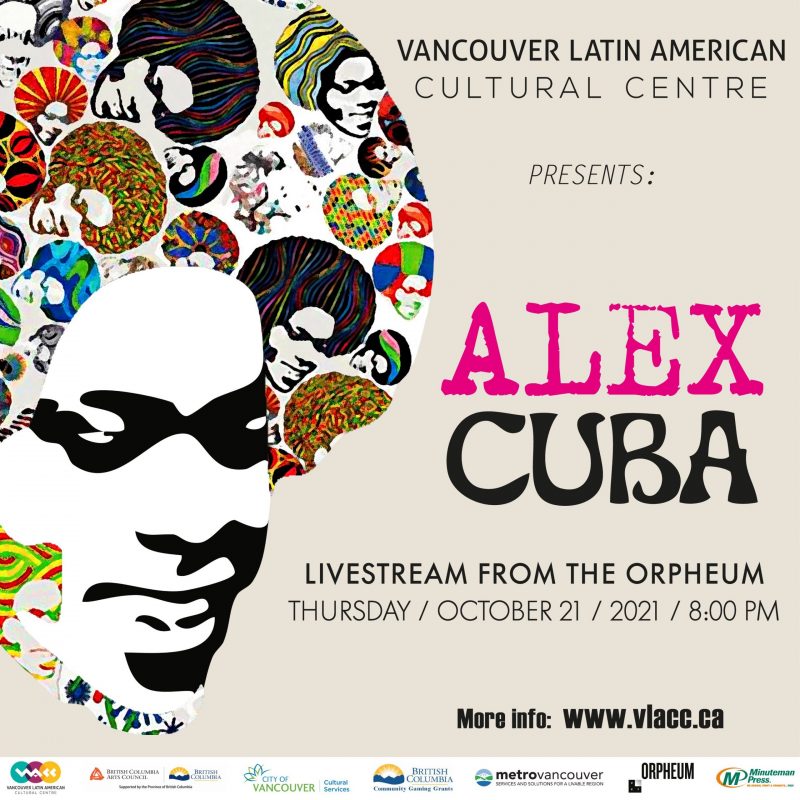 On October 21 at 8 pm, Cuban-Canadian musician Alex Cuba will delight with a scintillating performance of Afro-Cuban jazz and pop.

Growing up in Cuba, Alex was immersed in the traditions and performance of the island’s music. In 2006, he released his debut album Humo De Tabaco. This earned him a Juno award for World Music Album of the Year.

Alex’s compositions incorporate traditional Cuban elements and a unique blend of styles. His growing body of work is vividly representative of the Latin American diaspora. What better place to present and celebrate Canada’s diversity than in Vancouver’s fabled Orpheum Theatre.

Viewers from across Canada and around the world can stream the show for free. Enjoy it live from the comfort and safety of their homes.

Share the streaming link to your friends and family anywhere in Canada or abroad: