Destroy Wrestling: Back From Hell 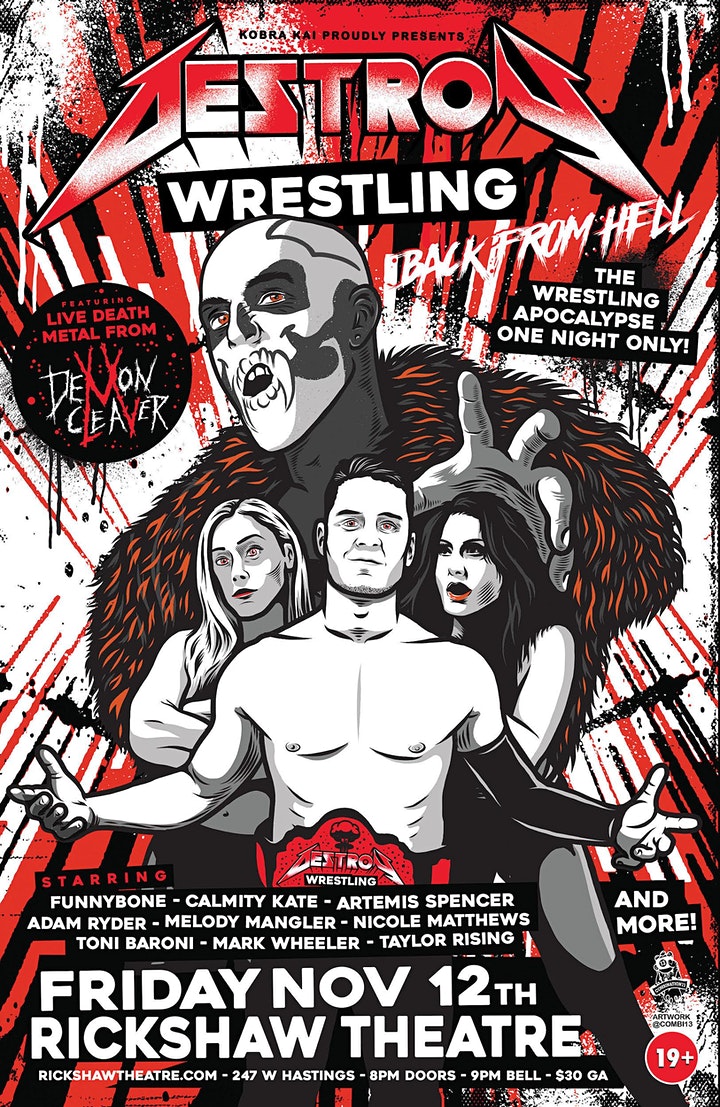 It’s been a Hell of a long time since there has been live wrestling at the Rickshaw theatre and the Demons from Wrestling-Hell won’t wait any longer! On November 12, 2021, Destroy Wrestling: Back from Hell! will be unleashed in Vancouver! Watch as your favourite wrestling heroes fight back against the wrestling-demons from Hell as Vancouver’s own, Demon Cleaver, play their own brand of pain and suffering heavy metal to the action.

FEATURING THE RICKSHAW WRESTLING DEBUT OF:

What is going going to go down at Destroy Wrestling: Back from Hell! Who the Hell knows??? But it’s gonna be a Hell of a good time!

Line up subject to changes.

Get your tickets fast

To see more events like these, scroll to our monthly calendar.