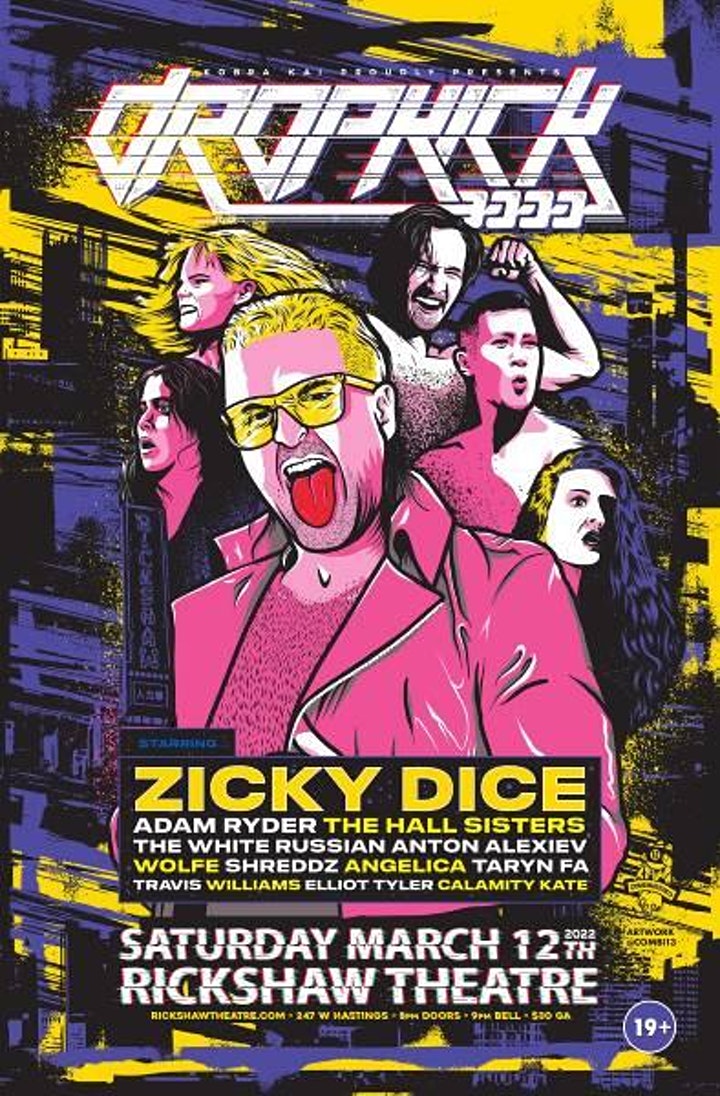 In the dystopian future of the year 3000, fighters from around the world gather at the Rickshaw Dome to participate in the Wrestle Games, DropKick3000.

Come and witness a live wrestling event like you have never seen before. Watch as your favourite pro wrestlers transform themselves to fight against existential dangers from the inevitable future.

Featuring a new headliner! For the very first time in Vancouver – The Outlandish Twitch Sensation – Mr Zicky Dice will be wrestling in the Rickshaw ring!

The show will also feature the Vancouver debut of Japanese Wrestling Oddity, Yoshikiko!